2018 Most Successful Year Ever for Wandsworth Arts Fringe

2018 the most successful WAF in its nine-year history

Today Wandsworth Arts Fringe released its key figures for this May’s festival, demonstrating that 2018 was the most successful in its nine-year history. The Fringe is now an established fixture in the calendar of the south London Borough and each year has seen it grow both in terms of size and impact. Showcasing a plethora of art forms from theatre productions to dance performances, art exhibitions to music concerts, comedy gigs to street art, family workshops to circus acts, Wandsworth Arts Fringe is a hive of creative and cultural activity over a buzzing two-week period every spring. 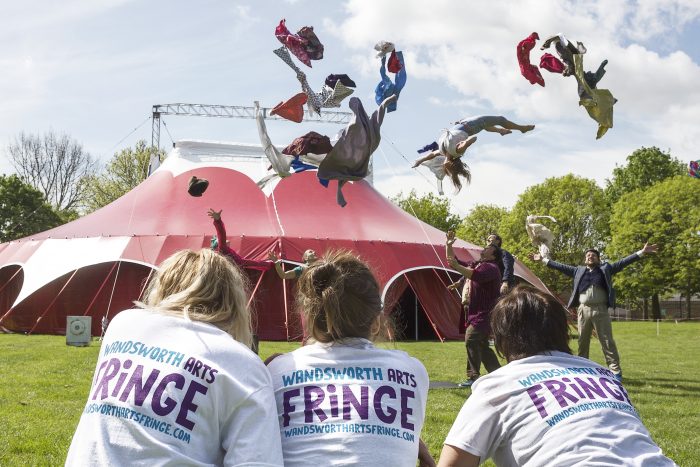 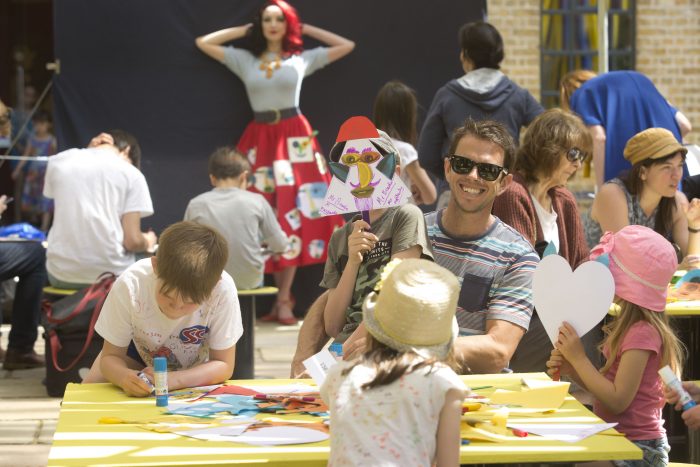 2018 saw over 20,000 people actively participate in the 180 events staged across borough; taking over every conceivable space from street corners, theatres, rooms above pubs, municipal halls and open parks. The Fringe involved over 700 artists animating Wandsworth with a mixture of free and ticketed events. This year’s box office returns have reported a 43% increase year on year in ticket sales. The festival was supported by 280 local volunteers.

Audience experience has also seen a boost this year. In an audience survey: • 98 per cent of visitors rated their experience at a WAF event as excellent or good
• 95 per cent said WAF is good for the borough’s image, compared to 89% in 2017
• 86 per cent said it enhances the sense of community.
• 85 per cent said Wandsworth Arts Fringe encourages participation to the borough’s life
• 84 per cent recognising the festival is welcoming to the whole community

This year’s launch of “WAF in your sitting room” was also a fantastic success with almost 1,433,0000 people watching or listening to a performance online.
Over the past few years Wandsworth Arts Fringe has become a truly international festival, attracting artists from across the globe. 2018 saw performers and exhibitors from as far afield as Malaysia, India, Canada, Australia, Finland, Ethiopia, Lithuania and Japan.

The pop up Battersea Circus Gardens, a big top that hosted twenty circus events and family days over the course of two weeks in Shillington Park near Clapham Junction.
The Big Red Poetry Tour by the Errant Stage, which travelled around the borough taking poets into local housing estates and high streets.
Theatre producers Fragility 16 days of the best of Fringe theatre with cutting-edge comedy and kooky acts.
Battersea Square’s fun filled day of dance with RAD
York Garden’s Flagz Carnival Day where families could enjoy performances, costumes, workshops and the best of Caribbean rhythms.

Wandsworth Arts Fringe also hosts a number of awards that recognise the quality and talent of artists who take part. This year’s winners are
• The Stagedoor Audience Choice Award- Mouths of Lions comedy Stick or Wizard • The New Writing Award – The Final Adventure of Frankie Fightwell, written by Chris Buxey and performed and recorded by Blackshaw Theatre
• The Fragility award for Spirit of the Fringe – comedian Wes Barker (and his mother!) for Magic In Your Pants and Drunk Magic

Cath Mattos, Producer of Wandsworth Arts Fringe says: ‘Wandsworth Arts Fringe 2018 was an inspiring festival and we were immensely proud of the quality of the creative work developed by each individual contributor to make our programme so special. WAF2018 was a year of significant growth that raised our profile to a wider audience and we look forward to consolidating and building on the experience of this year. This year’s WAF is a shining example of how communities, artists and creative organisations can come together to produce a truly exciting and inspiring festival.’

Cllr Steffi Sutters Cabinet Member for Community Services and Open Spaces says: ‘The Fringe engaged and enthused all community groups (98 per cent of visitors rated their experience at a WAF event as excellent or good and 86 per cent said it enhanced their sense of community) with a WAF event taking place in all corners of the borough. From spoken word, dance, opera, workshops, circus and carnival the festival took place in venues of all shapes and sizes- from theatres, big top tents and pubs to railway stations, estates, a travelling caravan and Wandsworth Prison. With the festival’s tenth year anniversary next year, there will be even more fun and frolics- watch this space for more details!’

The festival is emphatically inclusive and welcomes participation from artists across all art forms- including street performances, exhibitions, comedy, theatre, music, dance and everything in between. This is your opportunity to try something new, take creative risks, test new ideas and reach new audiences. WAF also offers development support such as professional and peer advice, networking events and marketing.