Active Wandsworth Awards is back for 2021!

Nominations will be open on Monday 1 November, keep an eye out for the link.

The Active Wandsworth Awards took place on Friday 28 February and our winners have been announced:

Coach/Instructor of the Year – Phil Kissi

Photos from the ceremony are available on www.facebook.com/activewandsworth 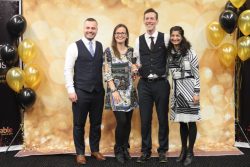