Today, Wandsworth is celebrating after retaining five Green Flag Awards across the Borough, in Battersea Park, Wandsworth Park, Wandsworth Common, Tooting Common, and King George’s Park. The award is an international quality mark for parks and green spaces that is reassessed on an annual basis.

The news that five Wandsworth Greenspaces have once again achieved the Green Flag Award is testament to the hard work and dedication of staff at Enable, a not for profit which manages greenspaces on behalf of Wandsworth Council.

Commenting on the exciting news that all five Green Flag awards have been retained across Wandsworth, Enable’s Head of Parks Neil Blackley said: “I am extremely proud of the Enable Parks Team for their hard work raising and maintaining the high standards in Wandsworth’s greenspaces. Having high quality green spaces means we are able to give our best back to the local community and enhance biodiversity in line with the Wandsworth Biodiversity Strategy”

Of course, a special thank you should also be given to our volunteers and collaborators, such as Wandsworth’s friends groups and MACs, who help us with various tasks from engaging with the local community to carrying out important operational jobs such as tree planting and litter picking.

Some exciting projects that were touched on during the judging this year included Wandsworth’s involvement in Rewild London, community tree planting schemes and various new play areas which form part of a £3.6m investment in play across Wandsworth by the Council, over the last five years. 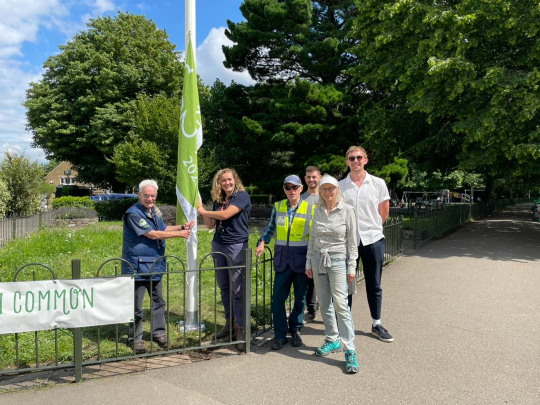