NEW BURSARY TO HONOUR TEENAGE SOLDIER WHO DIED IN WWI 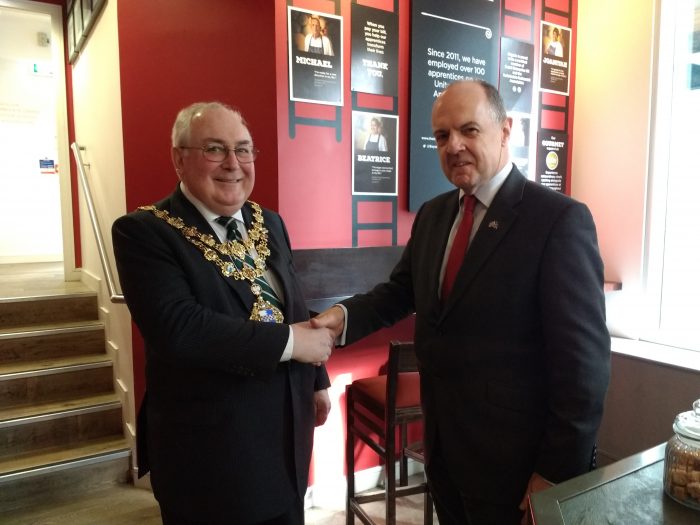 The initiative is designed to create a permanent reminder of the sacrifices of the borough’s young men who signed up to serve their country in the First World War.

Enable Leisure and Culture, in conjunction with Wandsworth Council, have set up the bursary and announced today it will be named after Reginald Twyford who was born in Roehampton and killed in northern France in 1916, aged only 15.

Many youngsters like Reginald Twyford were attracted by the opportunity to travel overseas for the first time and the new bursary will likewise promote overseas travel, but in the positive context of competitive sport.

Launching the Twyford Bursary, Enable Leisure and Culture’s Managing Director, Paul McCue, who is also the borough’s Armed Forces Advisor, said: “This is such a worthwhile way of commemorating the sacrifices and losses of the First World War and there is no better name to choose than that of Private Reginald Twyford.

“As a borough, we are firmly committed to supporting our armed forces, especially our local Reserve units, but to encourage understanding among nations via sport can only help to avoid conflict.”

The Mayor of Wandsworth, Councillor Leslie McDonnell, is the Borough’s Armed Forces Champion and, with other councillors at their own expense, has visited Twyford’s military grave in France.

He warmly welcomed the bursary, saying: “This is a really fitting and poignant tribute to Reginald Twyford and all those young men who sacrificed their lives in the First World War. It is important that this young man is not forgotten and his memory will live on through the bursary which will offer fantastic opportunities to young people to achieve their sporting potential. ”

In 1915 young Reginald somehow succeeded in concealing his true age when he was among the first to volunteer, at the age of just 14, for his local ‘Pals’ battalion, the13th (Service) Battalion (Wandsworth), The East Surrey Regiment.

The battalion was raised from local men by the Mayor of Wandsworth, Alderman (later Sir) Archibald Dawnay. Reginald’s regimental number suggests that, undoubtedly imbued with thoughts of great adventure and travel to a foreign land, he was only the 64th of more than 1,000 volunteers to come forward

After a year’s training in Wandsworth and in south-west Surrey and Hampshire, the Wandsworth Pals were sent to the Western Front in northern France, arriving in France on 4th June 1916 and moving into front-line positions on 11th July 1916. Reginald, despite having then having passed his 15th birthday, was still four years short of the British Army’s requirement to attain the age of 19 for overseas service.

Although not engaged in any major offensive actions, the Wandsworth battalion was nevertheless exposed to considerable danger from enemy shelling and on 8 August 1916, the unit suffered ten wounded and five fatalities.  Among the latter was Reginald Twyford, killed only 28 days after reaching the forward positions.

The five who died were buried in the Philosophe British War Cemetery on the outskirts of the nearby village of Mazingarbe. Private Twyford lies in Plot I B 26 and the Commonwealth War Graves Commission record shows:

His grave has been visited on several occasions by staff and Councillors from Wandsworth Council and on 11th November 2011 a Wandsworth Council green plaque was unveiled on the site of Reginald’s birth in Roehampton High Street, SW15.