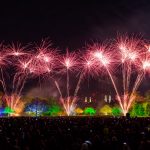 The Legends Are Coming