Last Thursday (6 June), the hugely successful ‘War Comes Home Project’ welcomed 130 people to the Royal Academy of Art to share the timely and moving talk – ‘Growing up in wartime Battersea’.

Last Thursday, the hugely successful ‘War Comes Home Project’ welcomed 130 people to the Royal Academy of Art to share the timely and moving talk – ‘Growing up in wartime Battersea’.

The year-long project led by the War Comes Home Committee of Sue Demont, Geraldine Kelly, Carol Rahn and Jenny Sheridan. War Comes Home has focused on discovering and celebrating life in Battersea during World War II and the lives of the civilian men, women and children who perished in the bombing and raising awareness for Battersea’s own Grade II listed memorial to those civilians in Christchurch Gardens. 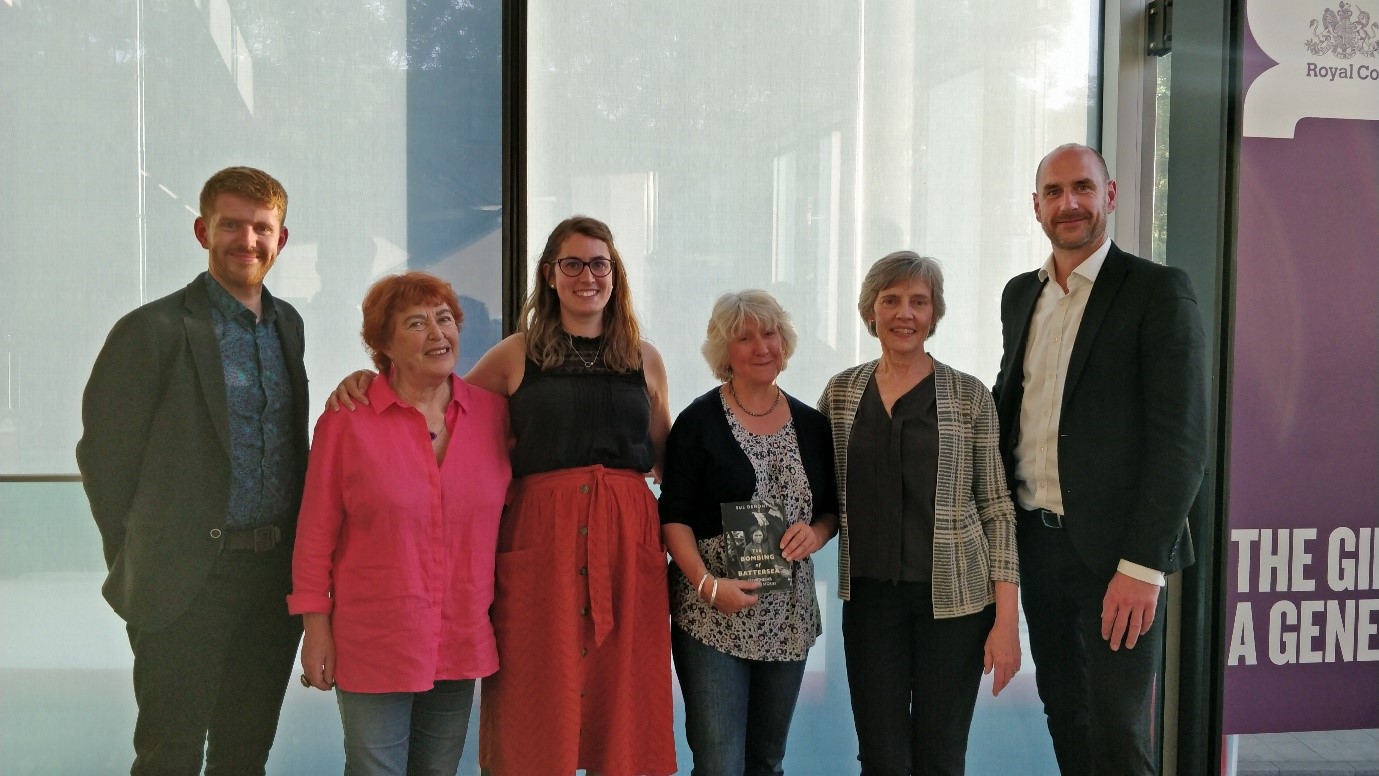 There were four parts of the project building from the stories of what it was like to live during World War II and sharing them with the wider, multi-generational community, these included;

Carol Rahn, War Comes Home Committee: ‘We have captured unforgettable stories from those who lived through one of the most dramatic periods of British history and the enthusiastic response of so many different audiences has been gratifying.  We are proud that the project leaves a permanent legacy.’

The project has also laid of the foundations for the Friends of Christchurch Gardens which is now – becoming an established Friends Group in the borough, with particular thanks to Geraldine Kelly. Situated within Christchurch Gardens is a Grade II listed memorial and plaque to mark the civilians who lost their lives during the war.

Stuart Hobley, Director of The National Lottery Heritage Fund, London & South, said: “We’re delighted to have supported Wandsworth Council in their exploration of Battersea’s wartime heritage and the recording of people’s first hand accounts. Thanks to National Lottery players, local people have been able to play a part in preserving an important segment of the area’s history which should never be forgotten.”

The project is close to its end but thanks to the wonderful work done by the War Comes Home committee with the support of Wandsworth Council, its parks contractor, Enable Leisure and Culture and The National Lottery Heritage Fund, several videos with eyewitnesses stories will be shortly available in our website and please also have a read at “The Bombing of Battersea” booklet. The group will continue to work with local schools to bring part of this material into the World War II curriculum. For any further interest of the project please contact the WCH group warcomeshome@mailwise.co.uk