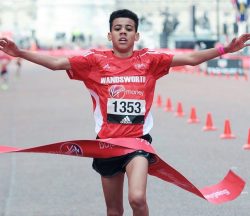 The event, held on the same day as the main London Marathon, is the official British Athletics three-mile road championships for young athletes aged between 11 and 17 and is run on a three mile course from Old Billingsgate to The Mall. Previous winners include double London 2012 Olympic gold medallist Mo Farah.

Thirty-six young athletes from Wandsworth competed again the best new talent in British road running from all over the UK, including teams from all 33 London Boroughs.

Six groups represented Wandsworth; under 17, under 15 and under 13 (male and female) with outstanding results across the board. Jaden Kennedy won the under 13 race in a time of 15 minutes 57 seconds. Wandsworth were in the top five London boroughs in five of the six categories.

The Wandsworth athletes were selected from running trials which took place in Battersea Park in February.

Wandsworth’s sport development team works with sportspeople, clubs, community groups and coaches to help develop sport and physical activity in the borough. Clubs can gain support, development and funding advice and young athletes are supported and trained to represent the borough in the Wandsworth Youth Games.

The Mayor of Wandsworth, Cllr Richard Field, said: “Well done to all our young people who took Wandsworth to victory in the Virgin Money Giving Mini London Marathon. We are lucky to have so many budding young sportspeople, and I look forward to seeing what they achieve in the future.”

Matt Doherty, Senior Sports Development Officer, Enable Leisure and Culture: ‘All of the athletes from Wandsworth put in a fantastic effort,  there were a lot of amazing results and performances across all the age groups. There are certainly some very talented athletes, I look forward to following their development over the years and maybe see them running the full marathon in years to come.’

Find out more about sports in the borough at www.enablelc.org/els. 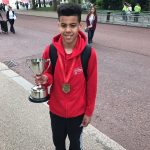 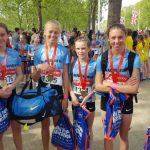 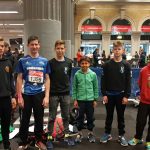 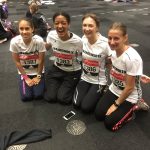